A massive welcome to Marcos Crelier Gouveia da Silveira who is joined the brewing team this month!

Originally from Santo Antônio de Posse, which is located 130kms North of São Paulo, Marcos’s love of beer started in 2009 when Stella Artois started to appear on the shelves. It wasn’t so much the taste of the beer as the age of the Brouwerij Artois brewery, established in 1366, that piqued his interest in brewing history and he began to seek out more beers from historic European breweries. It was the wheat beers from the likes of Germany and Belgium that really appealed to his taste buds.

From that point he started his home brewing journey which would eventually lead him to Ireland. It was through a WhatsApp group that he was introduced to the world of home brewing and the group reassured him it wouldn’t be expensive and there wasn’t the need for any formal training. “I brewed and my brother drank them!”

In 2018 he set off for Ireland with his wife and he joined a home brewing club while keeping an eye for a brewing job, in order get commercial brewing experience. Through the club he was put in touch Rye River who were hiring and soon after he landed his first brewing job. He spent two years brewing in Kildare while studying his diploma in brewing. 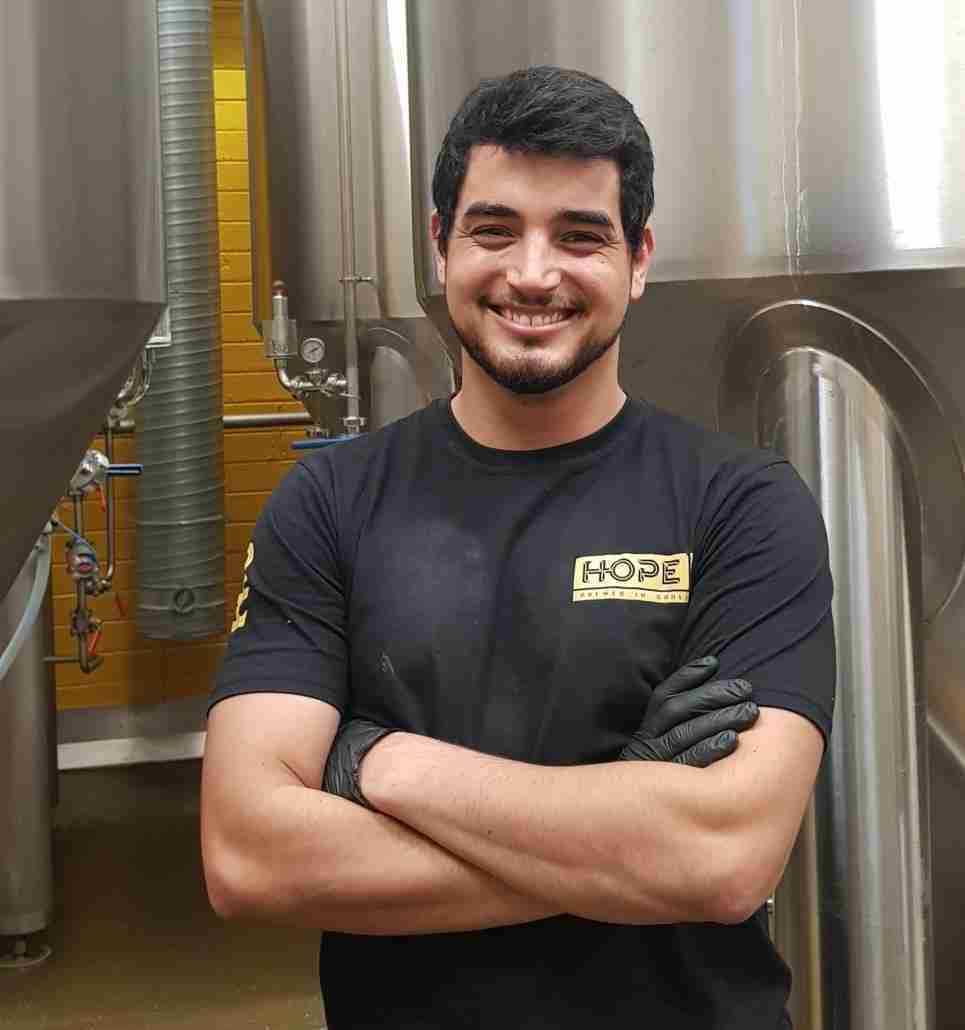 His ethos? “I look for more sustainability in everything I do. I try to spot things that we can do to improve, such as reusing spent gain beyond animal feed and using left over food from supermarkets such as bread and fruits for flavouring. I’ve plenty of ideas for Wim!” Marcos blogs on sustainability in brewing on his blog, TheGreenBrewer which is definitely worth reading!

When pressed on his favourite beers styles, “I go through phases. I’ve been enjoying a lot of German Pilsners and Helles for the past few weeks and now I want to drink more stouts and porters. I like to buy one or two styles or from breweries that I haven’t tried as well to see what else is out there.”

So what are the differences between the Brazilian craft beer scene Vs the Irish one? “Belgian and German wheat beers are more popular because of the heat, after that it’s IPAs which seems to the most popular style across the world. It’s easier to find craft beer here than in Brazil, you don’t find as much as you would like to in supermarkets there. When I arrived I bought a lot of Irish craft beers and I was a bit disappointed in the beginning but now I know what to look for and make sure to buy them fresh.”

After nearly three years here, what are his thoughts on life in Ireland? Natural the weather was the first topic! “I don’t like the grey weather, it gets you down and I’d like to see more public BBQs in parks where friend can gather. I do love the freedom here and it’s easy to do things, like getting into a car and driving for a few hours to get to the coast at another side of the country.”

The biggest surprise he encountered so far? “It stays bright for so long in the summer! It gets darker much earlier at home. I always heard how welcoming Irish people are but I wasn’t expecting just how welcoming you are. It was our 2nd or 3rd week here and a guy in a bar starting to talking to us, three years later and he’s still our friend. Plus you guys are so polite and want to make sure everything is OK with us.”