The Story of John Criss

The stories of pirates are more myth and legend than fact due to the lack of records and reliable accounts, and it’s fair to say the story of John Criss is very much in the former category.

According to baptismal records, a Sean Criss was borne in Lorne Northern Ireland in 1645. His father was a fisherman and would have sold his catches in the nearby town of Derry. No doubt young John would have accompanied his Dad for both activities

Apparently, all that physical activity meant John grew into a strapping  young man and combined with his good looks meant he became somewhat of a ladies’ man which earned him the nickname “Jack the Bachelor”. It would have been in these formative years that John, bored with fishing, turned to the more dangerous and more lucrative work of smuggling.

To get his new found career underway he began by smuggling goods from Jersey and Guernsey to towns along the coasts of Ireland, thus avoiding paying taxes and duties to the Crown. His illegal enterprise was so successful that he was able to trade up to a much faster kind of vessel called a sloop with which he could now turn his attention to pirating. It’s estimated John was now in his mid to late twenties.

With his new boat and crew he based himself in Co. Cork and began attacking and looting French and English vessels in the English Channel. Not forgetting what he learned through smuggling, he sold the stolen goods in France and England. One of the more macabre parts of the legend tells that to avoid details of his pirating activities getting out, Criss drown the crews of every ship he plundered.

Not content with his lot, and no one can accuse our protagonist of lacking ambition, Criss took his illegal seafaring activities to the warmer climates of the Mediterranean where he began raiding coastal towns and villages. According to records the Italian town of Amalfi was raided in 1671 by a Jack Crist.

It appears Jack grew quite fond of the Mediterranean as the next record of him is at the Ferdinand Hotel in Naples, which if the same hotel could be the Hotel Ferdinand II which operates to this day and was supposedly built by Ferdinand II, King of Naples, in the 15th century.

It was at this location in 1672 that his past caught up with him; not his pirating past but his womanizing one. He was found stabbed to death in his bed and soon afterwards it was discovered he had married up to four women! The killer was never found, or at least no records show a woman being accused of murder. Perhaps it was one of his crew or revenge for one of his many raids.

According to Pauline’s Pirates and Pivateers blog an Irish sailor by the name of Sean Criss was murdered in the 1720s in Naples. Was this our Jack the Bachelor? Were there two seafaring Irishmen whose lives, and stories, became entangled in the following centuries to create the legend of Jack? The truth is we’ll never know or know how much of it is actually true but it makes for one hell of a story!

The Story of Blackbeard

In the early 18th century the legend of Edward Thatch a.k.a Blackbeard the Pirate began but how much is fact and how much fiction? This is a Short History of the most infamous pirate of them all!

Plus pirating wasn’t the sole preserve of men! Zheng I Sao was the original Pirate Queen and scourge of the South China Sea. At its peak, her fleet was more than twice the size of the Spanish Armada. But who was she? Scroll for the Pirate Queen and Blackbeard the Pirate pods.

The Other Jack the Bachelor

Did you know there was more than one Jack, albeit nearly 100 years apart? The Jack the Bachelor, which we named our IPA after, is more legend that fact but the story of Jack Connor is much closer to fact.

Over 200 years ago Rush, in North County Dublin, was one of the most important ports on the East coast and also one of the most prosperous, which wasn’t just down to fishing. The large fishing fleet also meant it had it’s fair share of pirates and smugglers, making the town the smuggling capital of the 18th Century. Jack was born in Wexford in 1736 and earned his nickname for obvious reasons; he never married. His family moved to Rush when he was young and would spend his days at the harbour where he would have noticed more than fish being unloaded. Like our fictional Jack he too would have learned that more money was to be made through illegal seafaring activities rather than catching fish. 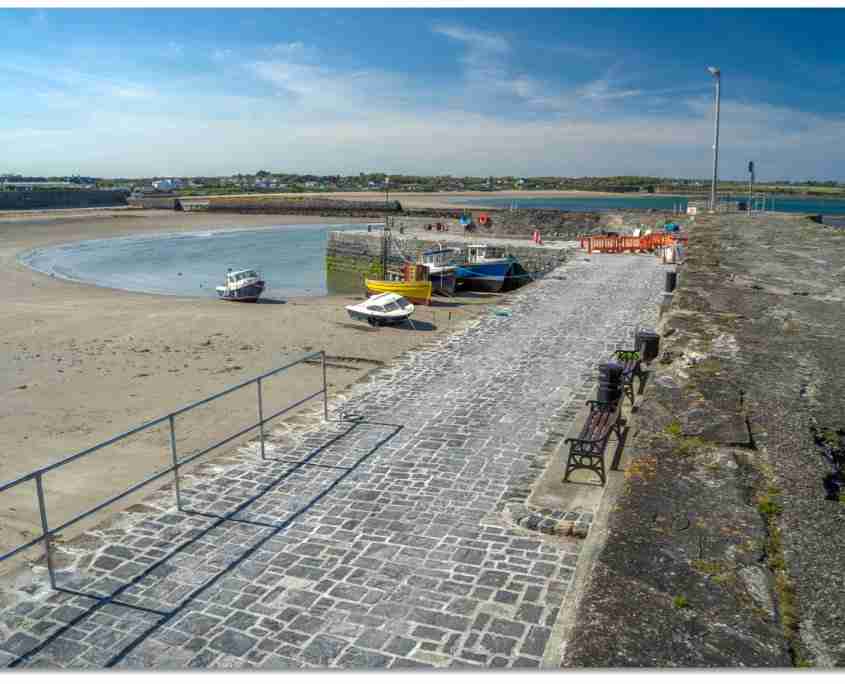 After his father died, young Jack embarked on a career in smuggling and gained a reputation for helping the poor. This proved to be very beneficial in the long run as no one would give him up, no matter how much was offered by the authorities. His activities took him as far as France, evading capture on numerous occasions including hiding in a beer barrel!

His ship, the Royal Oak, would have fought many battles with custom ships and as the reward on his head became even greater he fled to America. He returned to Ireland later in life and died in 1772 and legend has it he left behind a huge cave of treasure which is located somewhere between Loughshinney and Skerries. He is buried in Kenure graveyard, near Rush, and the inscription on the headstone reads:

“Alas he’s gone, the generous and the brave

whose bounteous hand to every object gave

Friend to the stranger and to the distressed

These most he honoured and he most caressed

of every virtue died possessed

To paint his many virtues all must say

Required the pen of Milton, Pope or Gay –

But there, like him are fallen away to dust

The Jack Connor named on the headstone is described as the son of Richard Connor and also lists his mother and five unnamed children, so it’s likely it was erected at a later date after his death. It’s believed his real resting place is under a (now missing) skull and crossbones stone in the same graveyard. 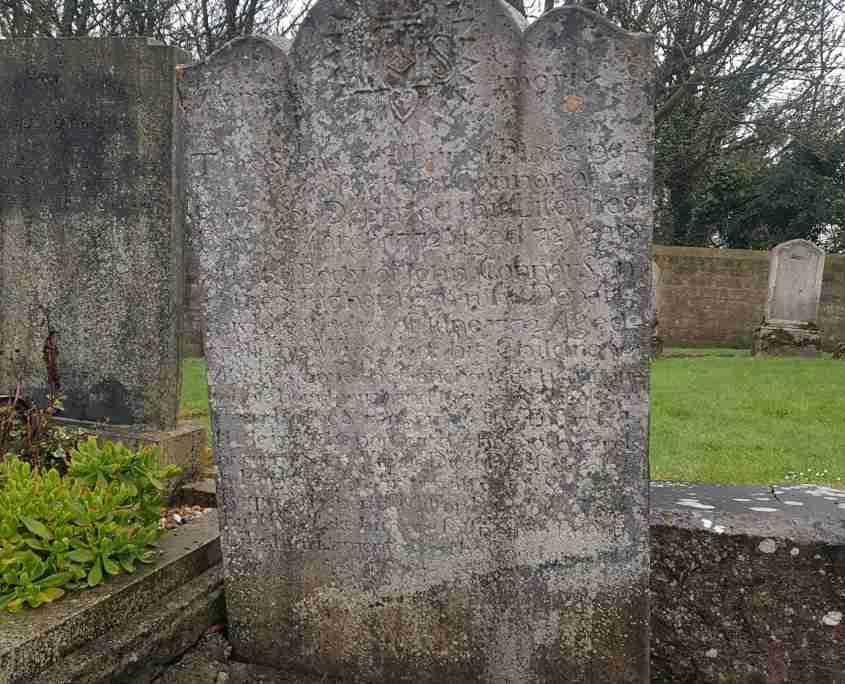 Yet Another Pirate from Rush

Jack the Bachelor wasn’t the only pirate to emerge from Rush and little wonder as it is estimated that in the late 1770’s there were eight to ten smuggling vessels operating out of the harbour and Luke Ryan captained one of them. Born in 1750, he was the eldest son of a local farmer and served as an apprentice boatbuilder. In the late 1770s American privateers* started appearing in the English channel and attacking merchant ships. To counteract this Dublin merchants fitted out a ship of their own, named “The Dubliner” it was crewed by “60 stout fellows mostly from Rush.” Meanwhile in Rush another privateer ship called “Friendship”, which was armed with 14 guns and with a crew of 60, was ready to sail under the command of Luke Ryan. 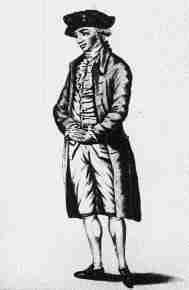 But trouble occurred straight away as a dispute over the share of the spoils from their first successful voyage broke out among the crew resulting in the revenue authorities being notified who quickly showed up and seized the ship. However that night the vessel was repossessed by a gang of armed men loyal to Luke and once Luke and the rest of crew were on board they set sail for Wales; with the captive revenue officials on board! They were released in Wales and given a guinea each to cover the cost of the return passage to Dublin.

Luke then sold this ship in France to ship owner by the name of Jean Torris who renamed the ship “The Black Prince” and put Ryan in command. Later Benjamin Franklin, through Torris, commissioned the Black Prince as an American privateer with an American letter of marque**. The only stipulation was that an American merchant seaman Stephen Marchant from Boston would be listed as captain to fulfil the legal requirements.

Sailing from French ports Ryan plundered and captured ships for random along the British West coast. However, by the summer of 1780 the activities of Irish privateers with American commissions had become a source of political irritation for the French government and a major worry to Benjamin Franklin and the American Congress. Pressure was brought to bear on a reluctant Franklin to revoke American commissions to non-American nationals in his service. This was not known to Ryan who had been given command of the three-decked, thirty-two-gun frigate called “The Calonne”. He considered himself safe from British prosecution as he had acquired French citizenship, and held both an American commission and an American letter of marque. Little did he know that the commission had been withdrawn by Franklin. 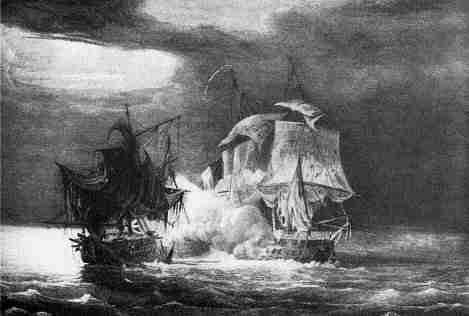 On the 20th April 1781 Ryan was captured off the Scottish coast when he was tricked into boarding two British Navy ships, believing them to be whaling ships. He was formally charged with high treason, as he was a British citizen, and the piratical taking of vessels. At his trial in London in March 1782, Luke Ryan insisted on speaking French, gave his name as ‘Luc Ryan’ and claimed that he was a naturalised French citizen. However, his fluency in French broke down and the official report wryly commented that he spoke English for a Rush man ‘tolerably well’. Pressure mounted to pardon Ryan as a gesture of goodwill in the peace negotiations with the American and French governments and on 27 February 1783 hostilities between the United States and France ceased. Ryan and the other four prisoners were granted a ‘royal and free pardon’ however Ryan did not go free as he had accumulated huge debts for his defence during the trial and remained in prison. The French government liquidated some of Torris’s assets and the proceeds were sent to London to clear Ryan’s legal debts and he was released on the 9 February 1784.

Ryan settled in Hampshire and took legal action against Torris, the French government and his bank at Roscoff for moneys he believed he was owed; over £70,000. He was declared bankrupt in 1788 and was arrested on the 25 February 1789 by the High Sheriff of Hampshire for his failure to pay £200 owed to doctors who had inoculated him and his family against smallpox. He died in the King’s Prison on the 18 June 1789 of septicemia.

*A privateer was a pirate with papers. As the name suggests, privateers were private individuals commissioned by governments to carry out quasi-military activities. They would sail in privately owned armed ships, robbing merchant vessels and pillaging settlements belonging to a rival country.

**A letter of marque or letter of reprisal as an instrument of authority to remedy a private wrong when an individual could take action against a foreign sovereign state by seizing properties, particularly vessels owned by that state to the value of the debt. From the end of the seventeenth century to the middle of the nineteenth, the letter of marque as a remedy for a private personal wrong was no longer in use. It had now become a formal instrument of state. Governments could augment their national navies, during time of war, by issuing letters of marque to the owners and masters of vessels to convert them at their own expense to ‘private man-of-wars’ or ‘privateers’. A ‘prize’ was a vessel captured by the privateer and its authority was its letter of marque.

If that wasn’t enough tales of swash-buckling looting and plundering for you then the Real Pirates podcast is perfect for all you landlubbers.