A modern, hybrid style lager. The malts and the yeast we use are traditional, but the hops are not. We use lager malt and other European malt such as Munich malt for flavour, and we use a classic German lager yeast: a strain originally isolated from the oldest brewery in the world. We also use modern American hops for flavour, such as Citra, El Dorado, and Mosaic, furthermore we use the dry hopping technique which is associated with IPAs rather than lager. Underdog hoppy lager is the result. A beer that has a clean and refreshing flavour, with a modern citrussy and tropical hoppy punch.

When it comes to food pairing it’s a brilliant all-rounder, great with BBQs, pizza, spicy foods like curries and for anybody who doesn’t like wine with their food.

THE STORY OF THE UNDERDOG:

During the American invasion of Mexico in 1846, Irishman John Riley came to the aid of the Mexicans in their hour of need. He formed the famous San Patricios Battalion and willingly joined the underdog by fighting against the odds. Ok, they lost, but they became Mexican heroes, remembered especially on St. Patrick’s Day, and on every other day of the year by their nickname: Greengo’s. 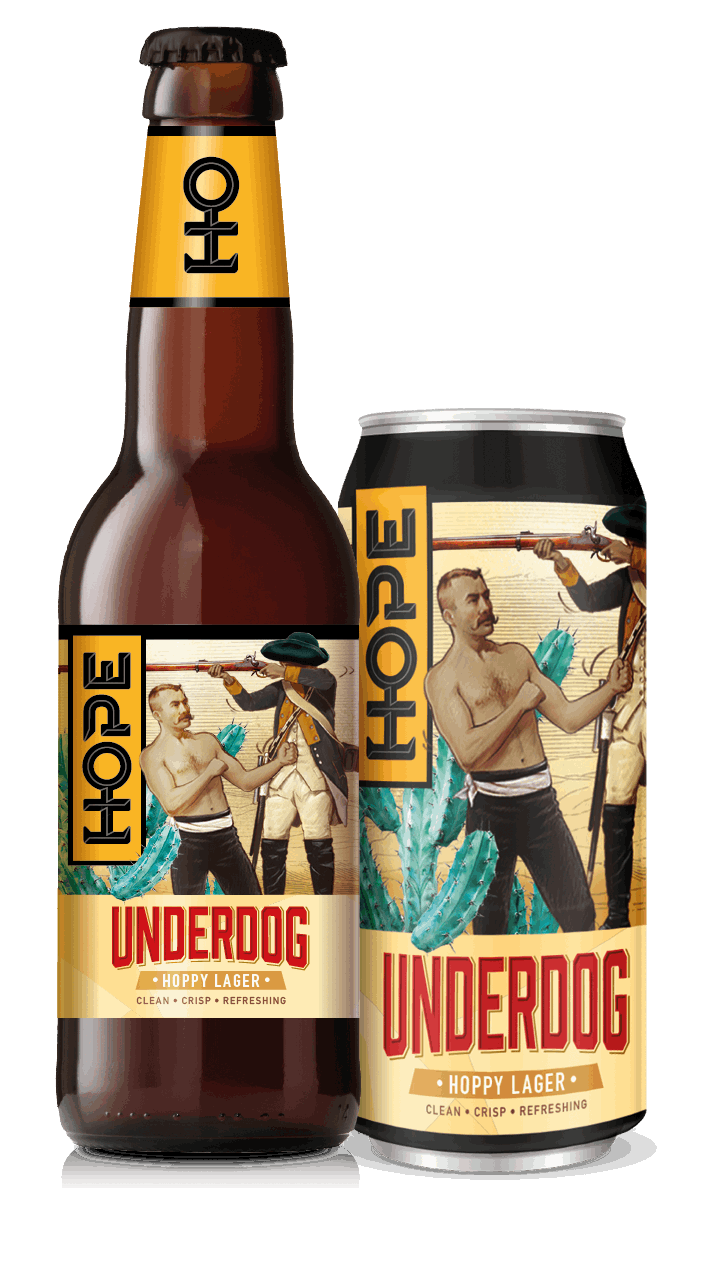 Where to Buy?
Passifyoucan Pale Ale