If you haven’t yet done so be sure to check out our Pirate Stories which tells the amazing story of Jack the Bachelor. Why do we mention pirates? Well, Ireland had it’s very own pirate Queen in the form of Grainne O’Malley, or Grace O’Malley, who is credited with attacks from Donegal to Waterford from her base in Co Clare.

The reason we bring her up is because of a great story from our neck of the woods in Howth. According to the popular tale she was refused entry to Howth Castle in 1576 when she attempted to call in unexpectedly to the Earl of Howth. Furious with this social snub she kidnapped the Earl’s grandson and her ransom was a promise that unanticipated guests would never be turned away again.

She also made the Earl promise that the gates of Deer Park, where the castle is located, would never be closed to the public again. The gates are still open to this day, and an extra place is set for unexpected guests during formal dinners in the dining room. 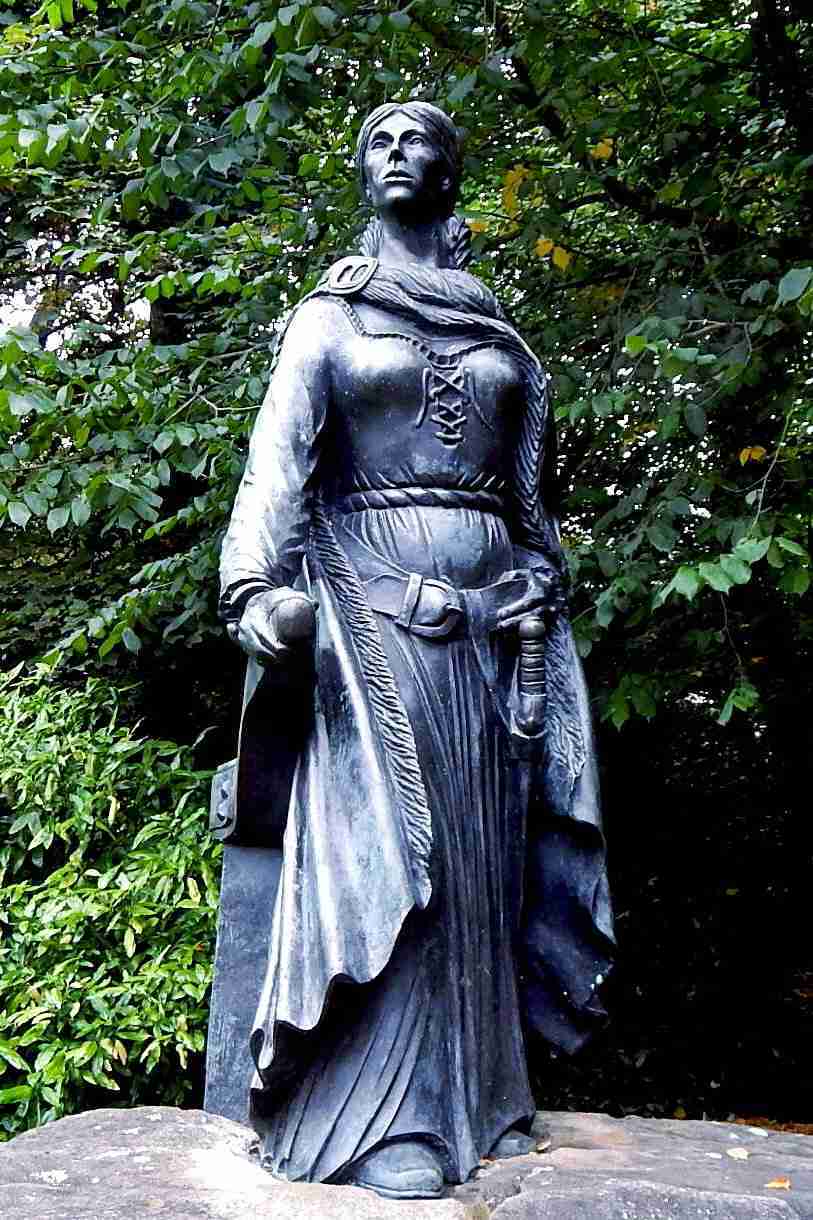 The fatal maidan voyage of the Titanic is well known but in 1854 another large, fast and technically advanced ship, the RMS Tayleur, ran aground off Lambay Island, just North of Howth, and sank on her maiden voyage. Launched a year earlier, this new ship was chartered by White Star Line, and if that name sounds familiar it’s because it’s the same company that owned the Titantic.

Tayleur left Liverpool for Australia on 19th January 1854 with 652 passengers and crew on board under the supervision of 29 year old Captain John Noble. During the subsequent inquiry into it’s sinking, it was determined that her crew of 71 had only 37 trained seamen amongst them, of which 10 could not speak English. It was reported in newspaper accounts that many of the crew were simply seeking free passage to Australia as opposed to being a full-time crew of the ship.

But the lack of a trained crew wasn’t the only problem. The ship’s compasses did not work properly because of the iron hull and as a result the crew believed that they were sailing south through the Irish Sea, but were actually heading west towards Ireland. Within 48 hours of sailing, Tayleur found herself in a fog and a storm, heading straight for the island of Lambay. The rudder was undersized for her tonnage meaning she was unable to tack around the island. The rigging was also a problem as the ropes had not been properly stretched, so that they became slack, making it nearly impossible to control the sails. Despite dropping both anchors as soon as rocks were sighted, she ran aground on the east coast of Lambay. 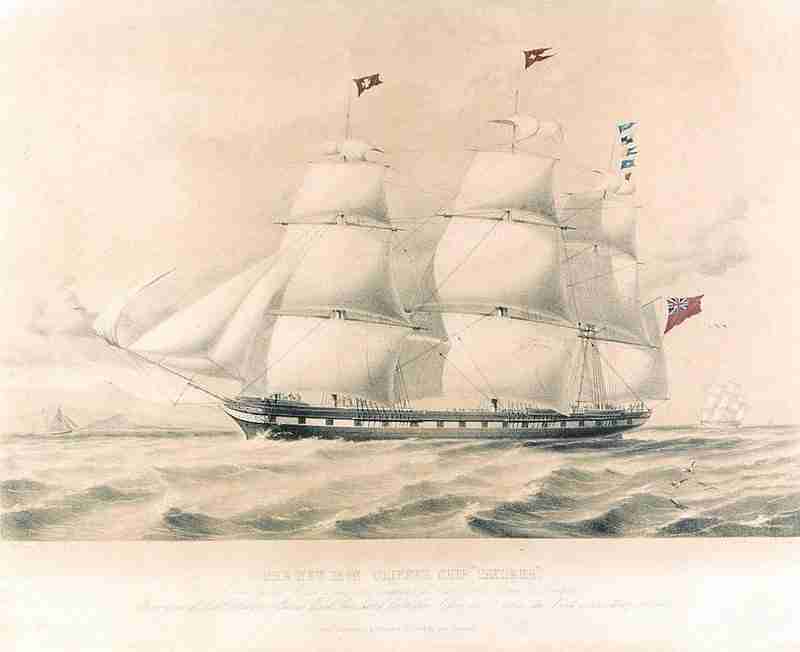 The problems continued after this point as the first lifeboat smashed onto the rocks meaning launching further lifeboats was unsafe. However Tayleur was so close to land that the crew were able to collapse a mast onto the shore and some people were able to reach the safety of land by clambering along the collapsed mast. The survivors were then faced with having to get up an almost sheer 80 foot cliff to get to shelter. Many of those who reached shore carried ropes from the ship allowing others to pull themselves to safety on the ropes. Captain Noble waited on board until the last minute before jumping ship and being rescued. 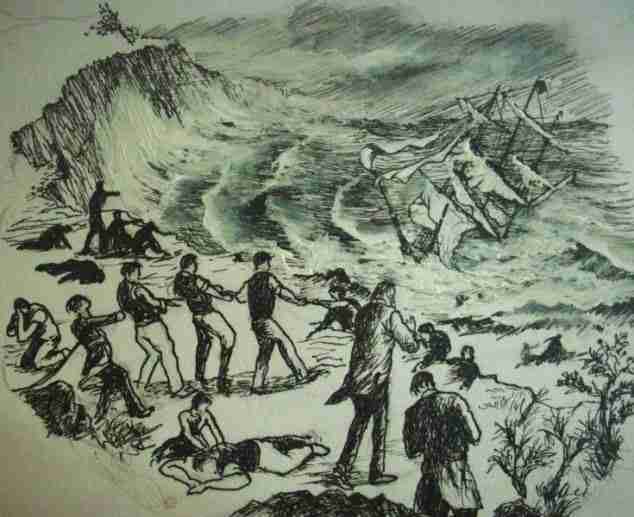 The official Coroner’s Inquest absolved Captain Noble and placed the blame on the ship’s owners, accusing them of neglect for allowing the ship to depart without its compasses being properly adjusted. The Board of Trade, however, did fault the captain for not taking soundings, a standard practice when sailing in low visibility. The causes of the wreck were numerous and in addition to what has already been mentioned also included:

Estimates of the number of lives lost vary, as do the numbers on board which range from 528 to 680, while the number of dead is said to be at least 297 and up to 380. Out of over 100 women on board, only three survived, possibly because of the difficulty with the clothing of that era.

Tayleur has been compared with the Titanic as both were Royal Mail Ships (RMS) ships and White Star Liners and both went down on their maiden voyages. Inadequate or faulty equipment contributed to both disasters (faulty compasses and rigging for the Tayleur, and lack of life boats for the Titanic). A memorial to those killed in the wreck is located in Portrane, Co Dublin. 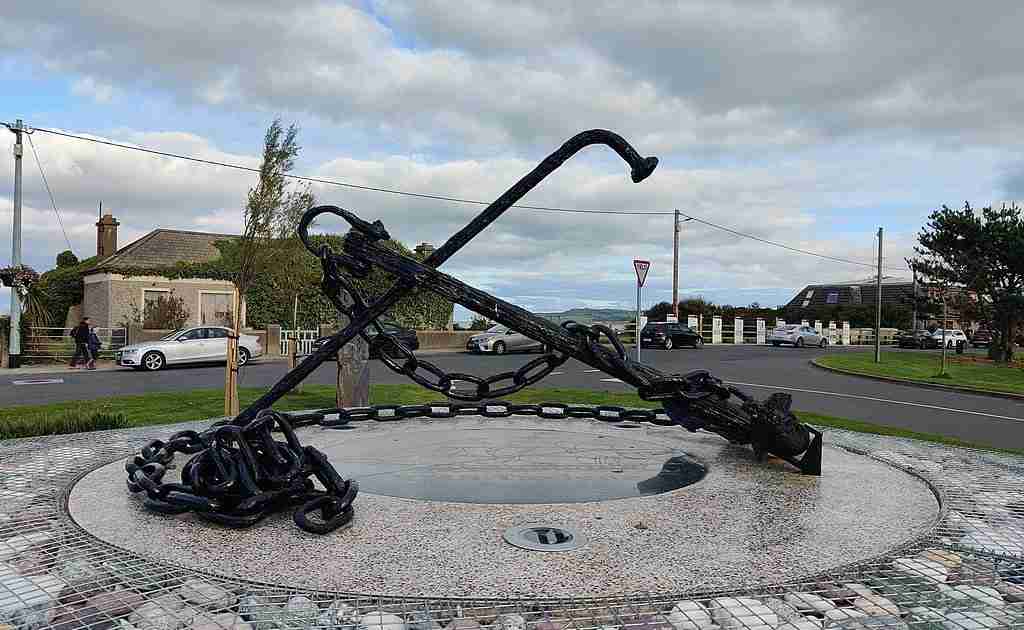 Blessing of the Fishing Fleet

The blessing of the fleet is a time honoured tradition that goes back many centuries into the murky sea of legend and tradition.  ome legends have the origins going back to early Greek fishermen.

One story has it that the tradition of asking clergy to bless boats and their crews began in Sicily after some fishermen were saved from certain death in a storm. According to the legend, they had lost their way in a thick fog when they suddenly saw a glimmering light in the distance. Following the light, they were able to make their way back to shore. There, they discovered that the light came from a medallion of the Madonna del Lume (Mother of Light) set in a grotto high on a cliff.