Jamie joins the team after a career of working in some of the best craft beer bars in Dublin including Cassidys on Westmoreland Street, P Macs and Brickyard.

“Working in the bars was the best as I had access to so many types of beers and it allowed me to become familiar with the Irish breweries, their core range and limited editions. I really built up a palate for Session  and New England IPAs!”

“There would be so many new limited editions and releases which was refreshing, rather than always the same beers, and and certain brands would catch your eye. I was fond of the delivery days and I made sure I was there on the Thursdays for the chats with the delivery guys and sales reps; I always found it interesting.

My family has a background in sales and being surrounded by craft beer in the bar industry it made sense to move over to a brewery. The team here are top top, lads which has made the transition that much easier. I’m a few weeks in and it’s really good; it’s very hands on! One moment I’ll be dropping off kegs then the next stop could be a sales call trying to sell on our beers.” 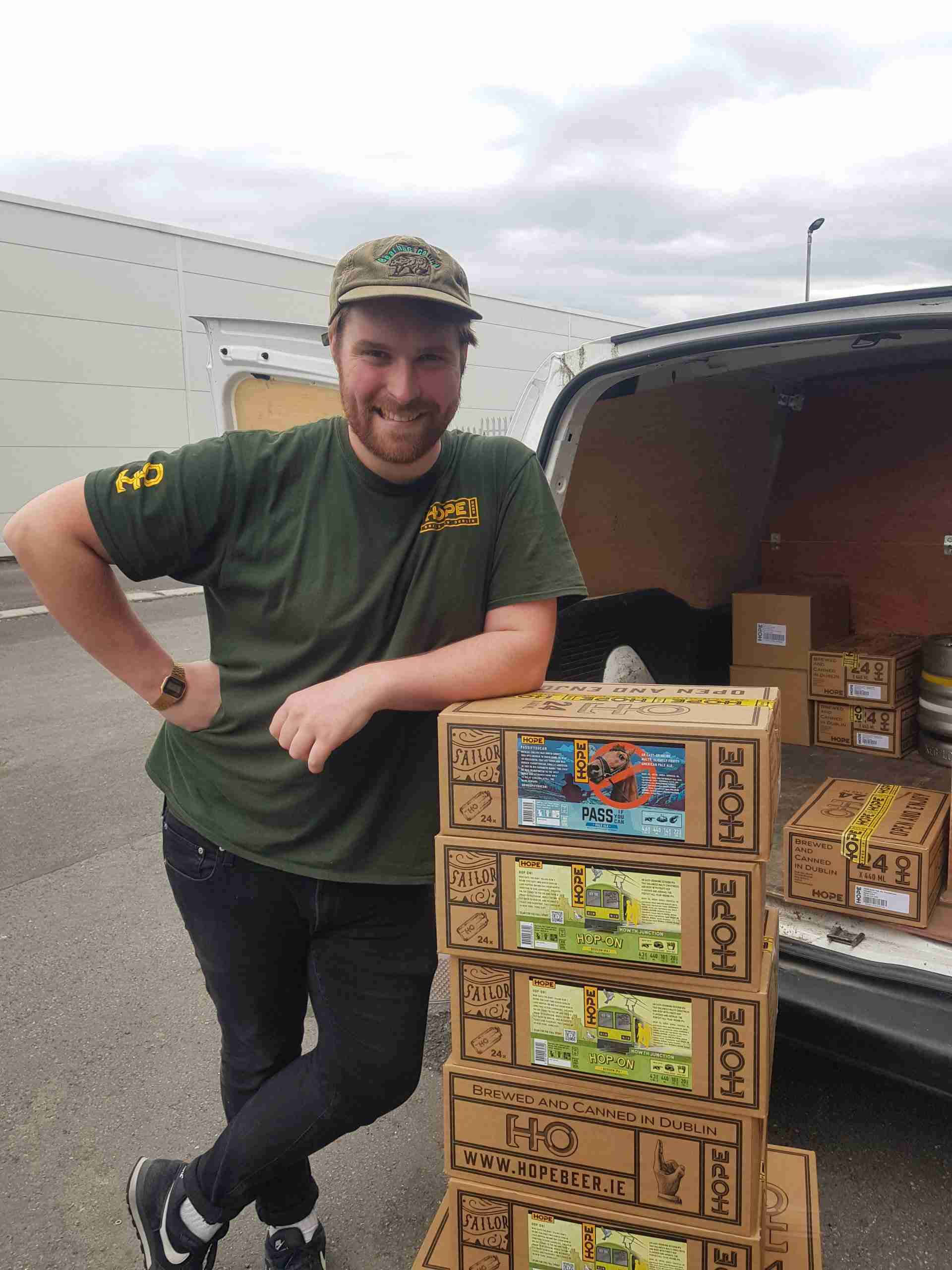