We’re delighted to welcome the latest member of our team, Jason Keane who is originally from Greendale, just off the Kilbarrack Road; you don’t get much more local than that! Having worked in the pharmaceutical industry as a medical devices packaging specialist, he was on the look-out for a career change; “something bit more interesting.”

“I’m here to learn and I took the job to learn and develop brewing skills as I see a real path of progression and being a brewer is where I ultimately see myself.”

While many in the brewing industry have a background in home brewing Jason tried his hand at it twice and in his own words the end results where “shockingly bad” but thankfully he’s friends with a home brewer, “He brews it and I drink it!”.

His first introduction to beers outside what was normally available was Sierra Neveda and as a big fan of stouts he still ranks O’Hara’s Leann Folláin as one of his all-time favourites.

He’s also a big musician and is involved with three Heavy Metal bands so gigs a lot overseas. Up next is a week-long tour of the United States in May followed by a European wide tour in September. Aside from the opportunity to travel and play music the tours have an added advantage, “It gives me a great opportunity to try local beers!” 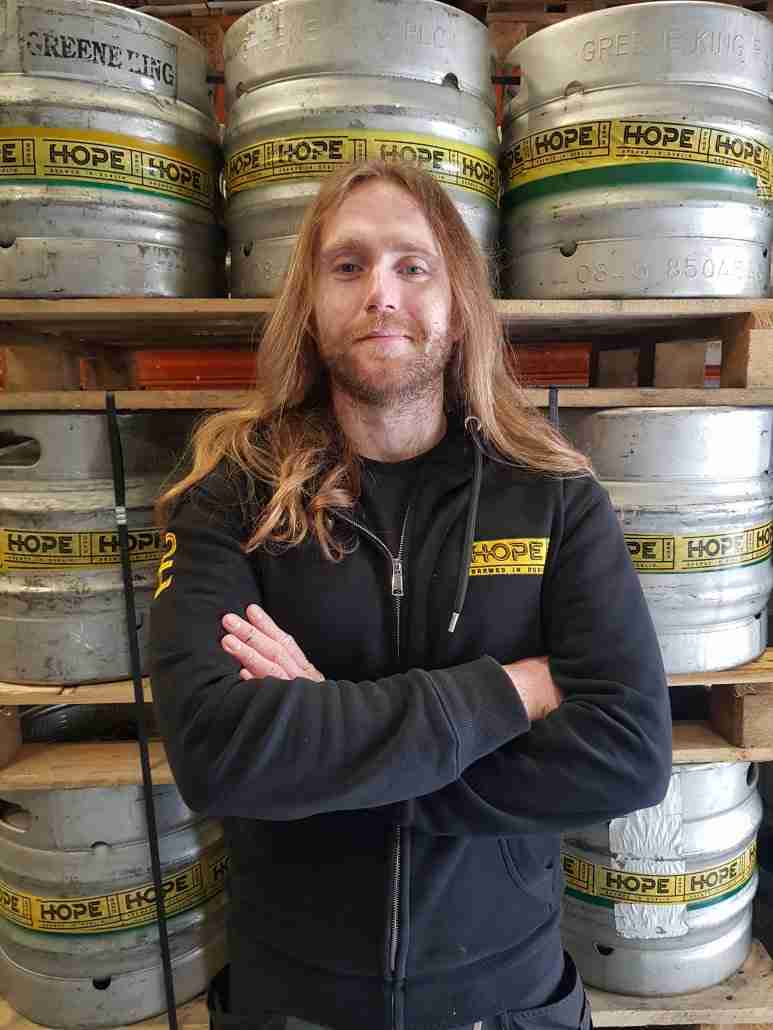