In December we released a small batch beer called Castanha which was brewed to raise funds for the World Wildlife Foundation (WWF). Today using the proceeds from the sale of the beer Carlos made a donation of €150 to the charity’s Amazon Appeal.

The beer was his brainchild and his ethos is very much about sustainability. He brewed an old-style English Ale with a Brazilian twist thanks to the addition of aromatic Castanheira wood chips, which come from the Brazilian nut tree and which the beer was named after. Further underlining the beer’s sustainability credentials unsold bread from Bread Naturally in Raheny was used in fermentation process.

Originally from Santo Antônio de Posse, which is located 130kms North of São Paulo, Marcos came to Ireland in 2018 and spent two years brewing in Kildare while studying for his diploma in brewing before joining Hope in April 2021. Explaining the rationale for the beer, Marcos said, “I look for more sustainability in everything I do. I try to spot things that the brewing industry can do to improve, such as reusing spent gain beyond animal feed and using left over food from supermarkets such as bread and fruits for flavouring. I’m very grateful to everyone at the brewery for giving me the opportunity to not only brew my own beer but also to allow proceeds to be donated to the WWF Amazon Appeal.”

“The donation was especially important to me as the deforestation that is taking place back home is something that affects the entire planet, and it means a lot that through my work here in Ireland I can help raise awareness. Deforestation in the Amazon is increasing, with an area of rainforest roughly the size of a football pitch being destroyed every 12 seconds. This deforestation is driven by cattle ranching, large-scale agriculture, road and hydropower infrastructure, mining and logging.  The WWF have an appeal target of £400,000 to help fund protection and I’d encourage anyone reading this to make a donation, however small, if they can.” 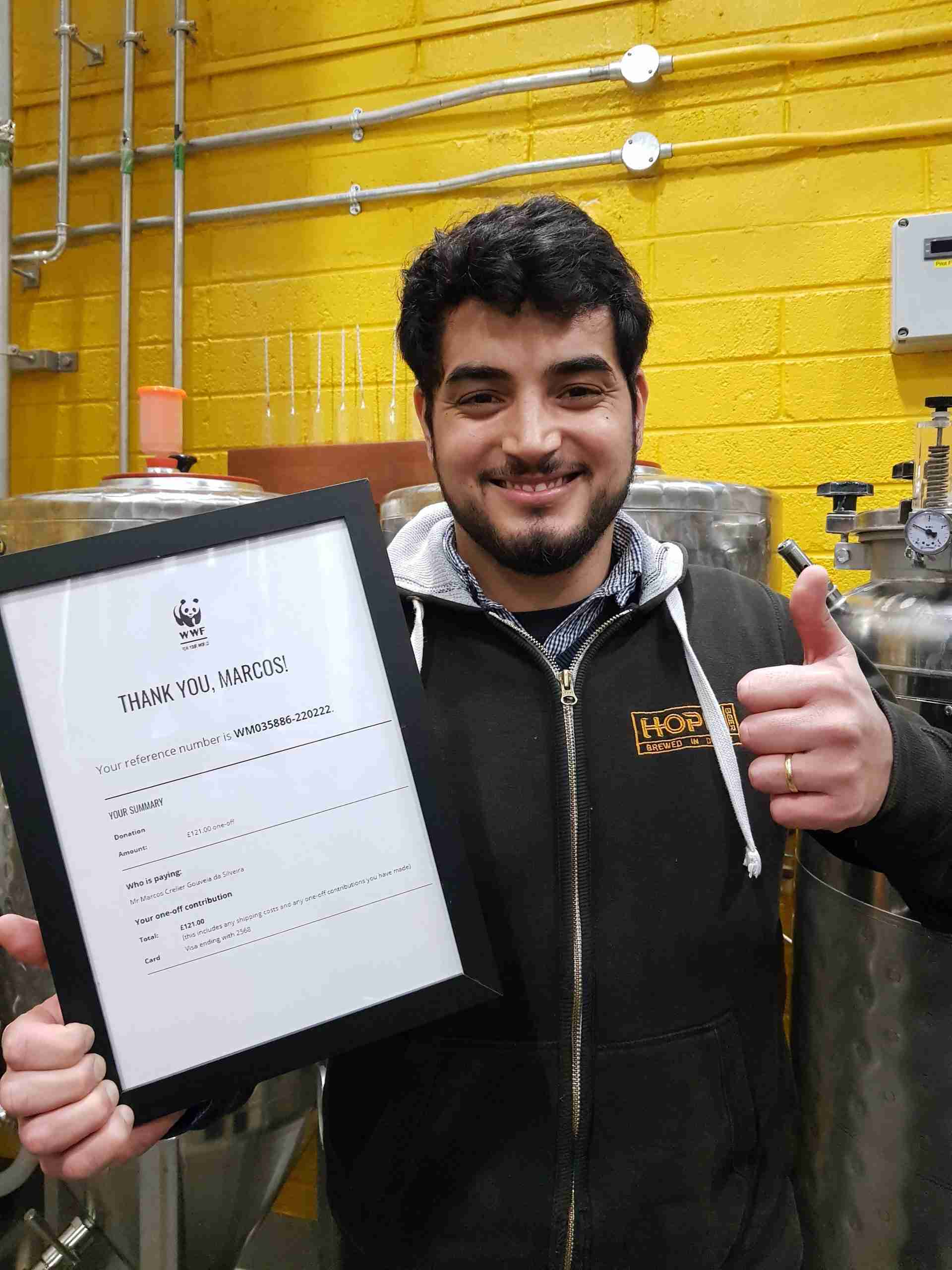